The Seagate Seven is a 500 GB hard drive that is guaranteed to put a stop to your hard drive hunt. It is one of the best options available, consisting of almost everything you’d possibly want in a hard drive. It’s the world’s slimmest portable hard drive.

However, despite being excessively slim and sleek, it’s still strong as enclosed in a steel casing. This means you can carry it anywhere without any hassle or without feeling like a burden upon you, but it still won’t feel like too much weight for you.

It works with a 3.0 USB port like most other hard drives, making it user-friendly and rather convenient to use. It also has the added facility of backing data automatically. It will do this on its own and will save you the effort of doing it manually. This is an extra feature that may not seem like a big deal, but it will save you a great amount of time and effort.

Lastly, but most importantly, it doesn’t need an external supply of power. As soon as you purchase it, you can carry it anywhere without the hassle of having to worry about its power supply.

Its performance is a commendable feature. As mentioned above, it works with a 3.0 USB port. With a 2 MB sequential speed, it offers 114.90 MB/s read speed, and 113.78 MB/s write speed. This is a sufficiently good speed and is better than most other hard drives. For instance, the Seagate Plus Slim gave a reading speed of 88.68 MB/s.

While this was 2 MB sequential speeds, let us now shed light on the 2 MB random transfer speeds. With a random transfer, it gave 73.03 MB/s read speed, and 62.41 MB/s write speed. The reading speed is much faster than the Seagate Backup Plus Slim, which gave a speed of 58.7 MB/s.

Its interface is known as the Seagate Dashboard. It’s an extremely user-friendly and convenient software that comes with every Seagate hard drive. It works with both Android and iOS, therefore relieving you of that tension. The interface is very smooth and well-designed and has pleased several users.

The pros of this hard drive are numerous. To begin with, it is very aesthetically pleasing. It has a brilliant design and is something you would willingly want to carry around and show off. Apart from being slim and sleek, its manufacturers have made sure that it looks pretty too, and they have succeeded quite well. This steel-enclosed hard drive comes in a design you won’t be able to resist.

Moreover, its build quality is quite nice. Not only is it great aesthetics wise, but it is also quite strong. It will endure most accidents, and you won’t have to stay on guard at all times. It is protected by steel and won’t break easily.

Lastly, it comes with extra software that has been bundled together with it. This software will be available to you absolutely free of cost as a complementary facility. This, obviously, adds added value to the hard drive and will make it more worthwhile. It is still effortless to use and doesn’t require a lot of effort. Like all its other products, Seagate has made sure it is as user-friendly as it can get.

The cons of this fast, light, and strong hard drive are close to none. However, when people are asked about it, they raise one concern. Since the drive is so efficient and works extremely well, many people wish it would come in more sizes as well. It just comes in 500 GB at the moment, which is disappointing for many people. This is probably because 500 GB is not a lot, and some people have a lot of data to back up in an equally high-quality hard drive.

The Seagate Seven 500 GB hard drive is an amazing option for all your memory-related needs. Admittedly, it’s not that huge and not suitable for many people because it can’t store everything. However, the number of pros has definitely overpowered its cons. It has almost everything you’d want in a hard drive. Apart from fulfilling its fundamental purpose of providing to you the memory you need, it comes in a great design, is well protected from all sides, and is brilliant in terms of its performance. I think it is safe to say that Seagate has easily outnumbered all other hard drives with this single product. 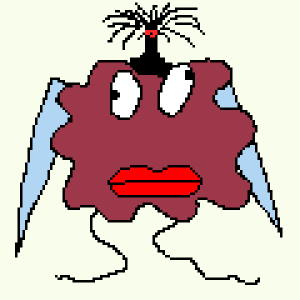